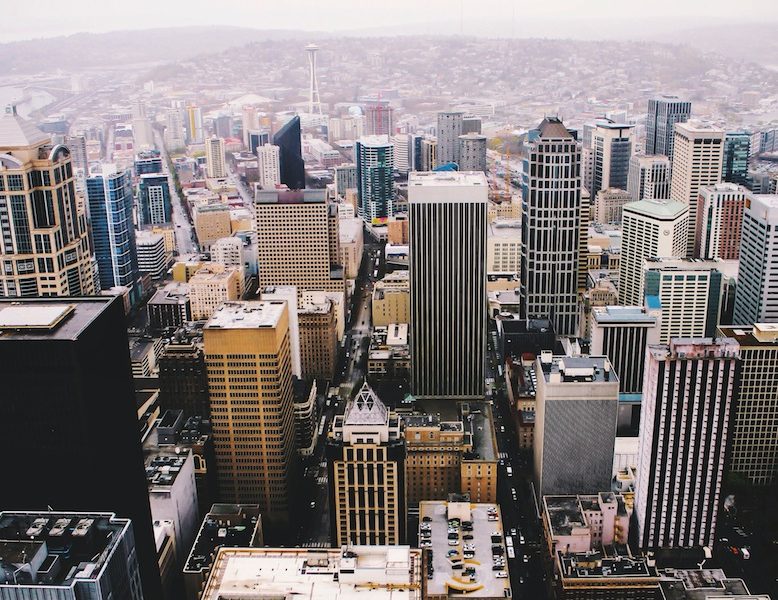 You don’t need a chef’s hat to be a gourmet. All that’s required are functioning taste buds, a healthy appetite and a taste for adventure. Oh, and a boarding pass for Seattle.

The Emerald City offers delicious dishes in spades, making it an ideal spot for the foodie in all of us. Maybe that’s why Seattle came in at #9 on our 2017 Travel Hacker list of most popular destinations.

Seattle weather may have a bit of a reputation (the city receives an average of 5.9 inches of rain in January alone); you’ll fair much better (and drier) in the summer months, when the temperature hovers around 70 degrees and it rains less than in winter months. And while airfare is higher during this time of year, median prices in the U.S. and Canada never crack $300, regardless of the season.

So, what are you waiting for? It’s time to eat, drink and be merry the Puget Sound way. Check out our tips for unleashing your inner gourmand during your next stop in Seattle:

Besides the term “grunge,” Seattle’s most famous export is arguably Starbucks. That said, the city’s coffee culture offers much more than the green and white siren.

Seattle was recently ranked the #1 U.S. city for coffee fanatics, thanks in part to its more than 1,600 cafés and coffee shops.

While neighborhood spots like Analog Coffee and Cafe Allegro are certainly worth your time, you should also check out La Marzocco Café & Showroom for a little dose of coffeehouse history.

Italian-based La Marzocco is known the world over as a purveyor of fine espresso machines, and now Seattle citizens can imbibe straight from the source at the company’s shop and showroom. Sharing the space with indie rock radio station KEXP, La Marzocco Café & Showroom opens its doors to a new roaster every month for a curated menu that’s constantly changing.

Patrons can also test out machines in the shop’s Espresso Lab. Hey, maybe it’s time to buy your own and go pro.

No nosh-focused trip to Seattle is complete without a stop at the city’s iconic Pike Place Market.

The Space Needle is well and good, but you can catch a fish (literally) at Pike Place Fish Co., sip some suds at Pike Place Brewing and chow down on biscuits and gravy at Biscuit Bitch (for when you’re in the mood for “Trailer Park to Table” sustenance).

Your sweet tooth in particular will get a workout, as Pike Place offers everything from doughnuts to ice cream to eclairs (not to mention gigantic cookies at Cinnamon Works).

Throw in a crafts market, plenty of street performers working for tourist dollars, a Bigfoot statue and a 550-pound piggy bank named Rachel (you’ll see), and you’ve got something for everybody.

Be sure to put this on your “things to do in Seattle” checklist.

Nestled between the Pacific Ocean and Lake Washington, it’s only fitting Seattle would be home to some stellar aquatic cuisine.

If freshness is what you’re after, you’d have a hard time beating Taylor Shellfish. The Taylor family has been farming shellfish since 1890, and their eateries throughout the city lay claim to impeccably fresh oysters, crab and much more.

In fact, you can star in your own version of “Bizarre Foods” and sample some geoduck, a species of saltwater clam and the largest burrowing clam in the world.

Or perhaps some poke (rhymes with OK) is more your style? This fish salad is a Hawaiian dish, but with Seattle’s devotion to fresh fish, you can find plenty of shops specializing in it throughout the city.

One entry point is Sam Choy’s Poke to the Max. Billed as the “Godfather of Poke,” Choy has the credentials to back it up. Not only does Poke to the Max have a location in Seattle’s Hillman City, you can visit various food trucks slinging Choy’s delicacies around the city each day.

Still hungry? Seattle has plenty more to offer foodies of all stripes, rain or shine. Get out there and see what tastes good. 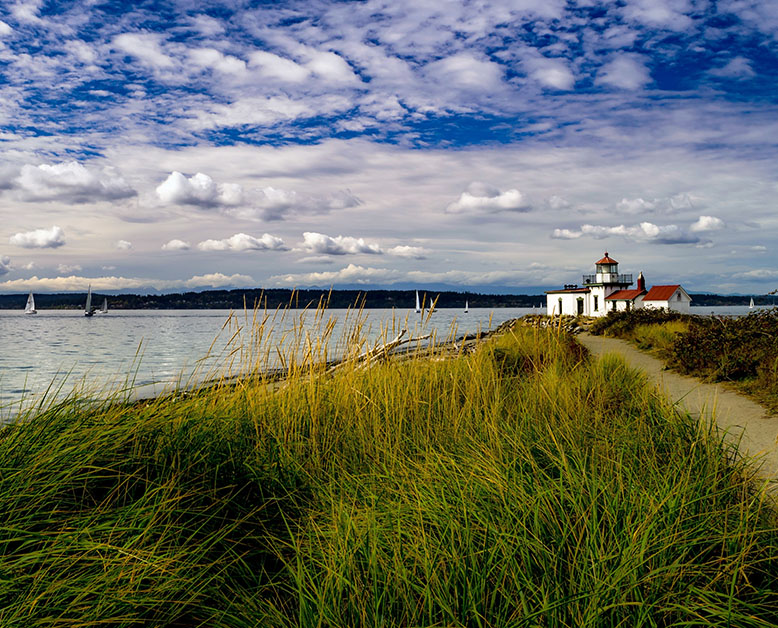 Seattle: Blow off steam and pamper yourself in The Emerald City

Saying Seattle has a lot to offer is like saying Puget Sound is pretty: It’s understatement-of-the-century material. After all, you...
July 21, 2017 – KAYAK 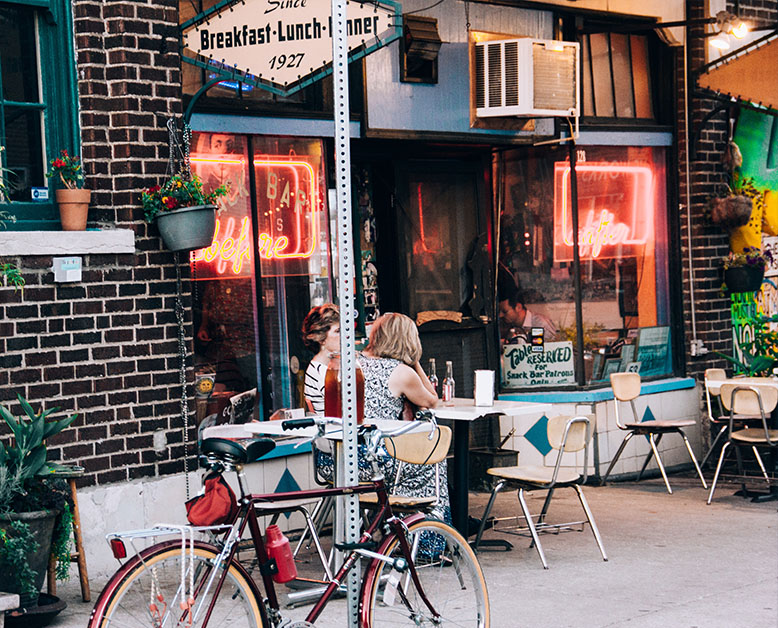 Liquid love: Best places to wet your whistle in Seattle

Seeking stunning scenery? Seattle‘s got your back. Of course, visiting all those picturesque vistas can help you work up quite...
July 18, 2017 – KAYAK 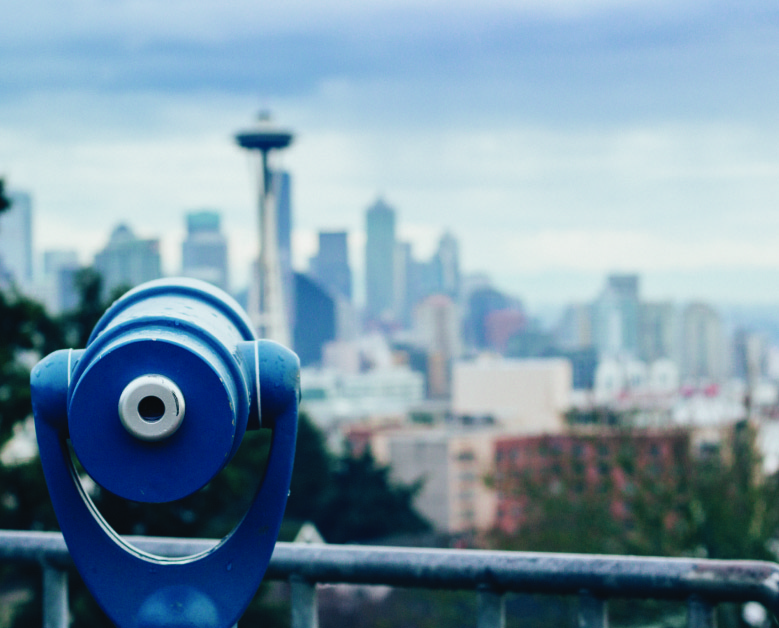 Seattle gets a bum rap. To outsiders, the birthplace of “grunge” is often thought of as a rainy metropolis, one...
June 5, 2017 – KAYAK

Travel Hacker Blog | Tips and Trends | For the Foodie in All of Us: 3 Ways to See Seattle