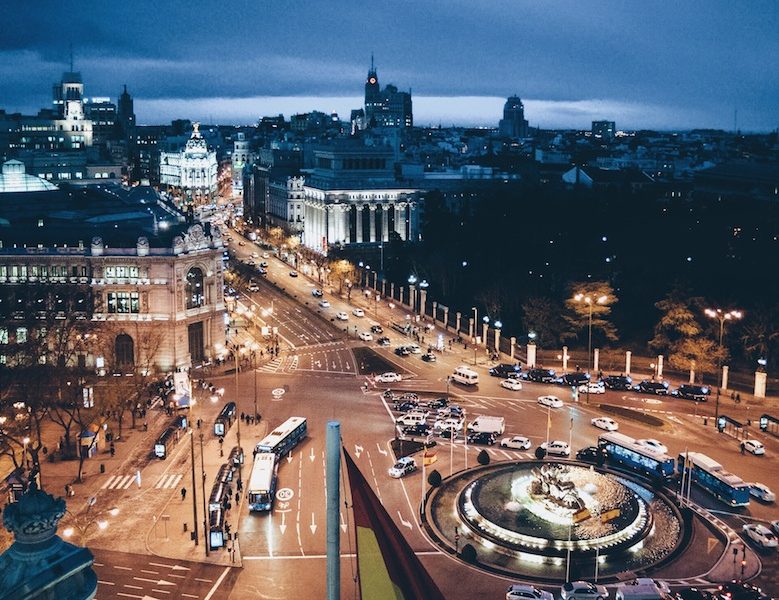 It’s a big, wide, wonderful world out there. Ready to explore it?

The KAYAK Explore tool makes it easy to find a little inspiration for your next adventure. Simply plugin where you’re flying from and the date of your departure to see prices for round-trip economy class airfare around the world. You can filter flights based on your budget to see just how far your money will take you.

Of course, we decided to kick things up a notch and make a game of it. Instead of planning our next dream vacation, we set out to see how much it would cost to circle the globe.

The rules were simple:

The month of May seemed as good a place to start as any, and we were off!

From the Second City to the Pacific Pearl

Our plan was to kick things off by flying out of Chicago, Illinois en route to South America – Lima, Peru, to be exact. The plane would take off on Tuesday, May 9 and land the same day at 9:49 p.m., setting us back $191.

In addition to taking home the #4 spot on our 2017 Travel Hacker list of wallet-friendly flights, Peru’s capital city features breathtaking ocean views, colonial-era architecture and a nightlife that just won’t quit. Luckily, we would give ourselves enough time to sleep in the next day.

Making it to Madrid … briefly

After our time in Lima, we would catch a 6 p.m. flight to Madrid, Spain on Wednesday, May 10. This would set us down in Europe at 1 p.m. on Thursday, May 11, ready to explore the continent’s third-largest metropolitan area. Alas, we wouldn’t be able to take in Madrid’s rich cultural history for long, as we’d need to board a flight to Johannesburg a few hours after landing. Hey, nobody said being an international jet-setter was easy.

There’s plenty to see in the “City of Gold,” including an incredible array of flora and fauna (Johannesburg resembles a man-made forest from satellite photos, and animal sanctuaries abound). The city is also home to a long history of fighting for human rights, illustrated by the renowned Apartheid Museum.

However, it wouldn’t be long before we’d need to get back in the air and head to one of the contenders for the 2017 Travel Hacker list of top trending beach destinations.

Our 12:30 p.m. flight to Sydney on May 12 would set us down in the capital of New South Wales and one of Australia’s largest cities at 8:10 p.m. on Saturday, May 13. We would be just in time to take in the famous Sydney Harbour at night. We figured an uber-early surf session at one of Syndey’s spectacular beaches would leave us hungry for sustenance. Fortunately, world-class sushi wouldn’t be far away.

A flight from Sydney to Tokyo, Japan would depart at 6:40 a.m. Sunday, May 14 and land at 6:55 p.m. the same day. While the cost of the flight would be reasonable, the price for eating our weight in rice and raw fish would be far more. Still, it would be worth it.

While the bright lights of Tokyo would certainly be something to behold, we’d probably also start to get homesick for America (and our own beds). Thanks to the magic of time zones, we would be able to leave Tokyo at 1:50 p.m. on Monday, May 15 and arrive in Chicago at 7:40 p.m. the same day.

All told, our not-so-little adventure would cost $3,005 in airfare. It would also be responsible for the longest jet lag-induced nap we’ve ever taken in our lives.

Interested in taking your own trip? Show us what your itinerary would look like by giving the KAYAK Explore tool a spin. 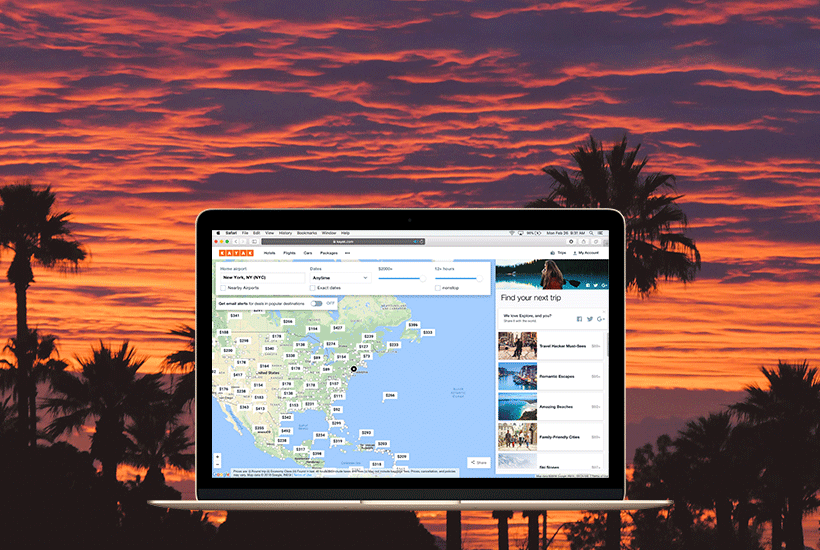 Where to Fly on Your Budget: KAYAK Explore

KAYAK Explore is the tool lets you see where you can fly to on your budget, whether you’re looking for a weekend adventure or a month-long journey.
February 23, 2018 – KAYAK 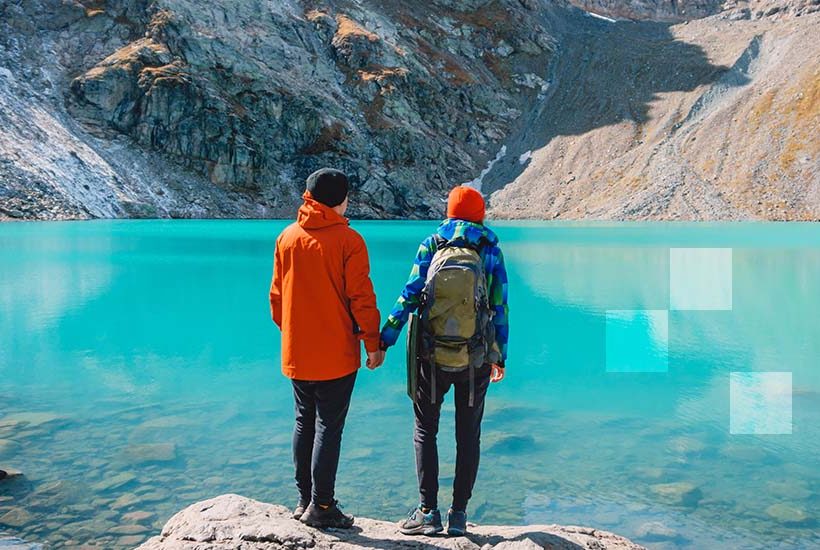 QUIZ: Where Should You Travel Based on Your Dating Profile?

Dating is hard, but choosing a travel destination can be even harder. Build your dating profile and we’ll use your answers to filter to find your next destination.
October 23, 2018 – KAYAK

Itching to travel, but don’t have a destination in mind? KAYAK Explore will show you everywhere you can fly to...
May 28, 2017 – KAYAK

Travel Hacker Blog | Tips and Trends | KAYAK Explore Challenge: Around the World in Less Than 80 Days