Even the world’s biggest city-lover needs something other than towering skyscrapers and tired looking office workers every once in a while. So, where are the best places to go where the chances of seeing another human are slim? We won’t mention crazy remote islands that are so remote you can’t travel to them. So instead, here are 10 remote destinations famous for being incredibly low-key, obscure… or just really awesome.

Just off the coast of Scotland, the Faroe Islands often overlooked. However, with a traditionally Nordic heritage and borrowing parts of Germanic, Icelandic and Scottish culture, the islands are a truly unique vacation experience. Plus, they’ve got more puffins, sheep, whales, seals and cows than they do residents (under 50,000 live on the sparsely populated island). So it’s the perfect place to literally “get away from it all.”

KAYAK Tip: There are a few restaurants in the cities capital of Tórshavn but the real gem is the Michelin star restaurant KOKS that recently opened.

Sometimes described as “the edge of the world,” Foula is one of England’s most remote inhabited islands. It plays host to awesome views and a rich historical heritage. Although tricky to get to, Foula will leave a lasting impression on visitors with its real commitment to the Foula way of life. For example, residents still celebrate Christmas on January 6th and New Year’s a week later, according to the old Julian calendar.

KAYAK Tip: There are very few places to stay on Foula but Shetland Visitor is your best bet. You’ll also need to get a ferry to Foula from Walls on the mainland.

Nicknamed the “The Emerald Isle of the Caribbean” due to its resemblance to coastal Ireland, Montserrat is a remote destination with a surprisingly quirky history. In the late 1970s, many famous musicians visited Montserrat to record in the AIR Studios Montserrat. This included Paul McCartney, Elton John, Michael Jackson, Black Sabbath and Lou Reed. Nowadays the beaches, forests and volcanoes attract few tourists, leaving you to reap the benefits of the tranquillity Montserrat has to offer.

KAYAK Tip: To get to Montserrat, you’ll need to fly to Antigua and then grab the ferry, which conveniently operates six days a week.

Sylt is not an unknown destination to Germans (in fact it’s one of their favorite island getaways, next to Mallorca) but remains a mystery to the average visitor. During the holidays you’ll encounter a lot of people, but in the off-season you’ll find long stretches of beach all to yourself. Once mainly inhabited by whaling captains, this island is now home to adorable thatched-roof houses, quaint restaurants and the odd gray seal.

KAYAK Tip: Hotels can be pricey in Sylt but there are plenty available. If you want to brave civilization, then Hamburg and Berlin have cheaper options with Sylt still only a train ride away.

Nothing says seclusion like an atoll – basically a circular coral island with a hole in the middle. Rangiroa is one of the biggest atolls in the world and is basically the textbook definition of “remote getaway.” Need an activity other than lying on the beach? The island also has plenty of stores and restaurants to while the hours away.

KAYAK Tip: Stay in the most recommended resort on the island the Hotel Kia Ora which has those very Instagrammable floating beach huts.

The Bob Marshall Wilderness Area is affectionately referred to as “The Bob” to all that pass through this this sparse-but-incredible patch of land. Camping is allowed but not much else: no logging or mining goes on (for now), and there are no roads anywhere even though it’s the fifth-largest wilderness area in the US. Expect not to see anyone for miles… or days, really. Which is why you should be very, very prepared if you fancy tackling this outdoor experience.

KAYAK Tip: The hardened hikers at Backpacker magazine have a great guide about a route through The Bob. We recommend camping down by Dean Lake for a peaceful night and a good view.

Ah, breathe that fresh Vermont air. If you’re looking for the opposite of a bustling East Coast city, then Stowe with its mom & pop shops and acres of hiking routes is the answer you’ve been looking for. Visit the Farmers Market on a Sunday to stock up on farm-fresh supplies and then head up to Cady Hill for a number of different routes surrounded by deer and maple trees. While Stowe is very accessible and attracts a good tourist crowd (plus, any Vermonter will tell you that there are dozens other towns more “remote” than this), we feel its proximity to some of the US’s largest cities while also maintaining a small town feel make it the perfect spot for any East Coaster looking to get away for the weekend.

KAYAK Tip: There are plenty of quaint places to stay in Stowe without breaking the bank. If you want to go and truly enjoy the outdoors, stay in a resort where you can try out some skiing — the area’s most popular recreational activity.

“I can’t do this anymore, I’m moving to Alaska.” Sound familiar? Well, running away from your problems never solved anything, but Alaska is a really awesome place to visit to anyway. The Denali National Park and Preserve is a sprawling expanse with ecosystems ranging from Alpine forests to glaciers. Not for the faint hearted, Denali is also home to grizzly bears, moose, wolves and hawks, so camping must be done with extensive prior knowledge. A must-see for any visitor to the area, though, is the park’s namesake: the Denali mountain.

KAYAK Tip: Not a backpacker? The park offers several different types of bus tours to see the entire park and learn about its varied history and wildlife.

With New Zealand’s gorgeous landscape, it can be a bit of a tourist hotspot. Glenorchy is the perfect counterpoint to the busy Queenstown and it’s not too far away. This settlement is an adventurer’s paradise — kayak, go horseback riding, take out a jet boat or simply stretch your legs with a hike to get some fresh mountain air.

KAYAK Tip: If you climb up to Kea Basin and Mount Earnslaw it takes around half a day, but if you can’t finish the climb stay in Earnslaw Hut for the night – there’s no charge and you may meet some other lone wolves along the way.

You may have already heard of Tashirojima — or “Cat Island” as it’s affectionately been dubbed. Only a short ferry ride from Japan’s east coast, the island’s feline companions are seen as a sign of good luck. Feeding and petting them is encouraged. Head up to Manga Island, a local hilltop that has cabins shaped like cats. You can stay in the huts during the summer season to make your vacation even more cat-obsessed.

KAYAK Tip: There are only a few places to stay on the island itself and you’ll need Google Translate to help you make sense of the Japanese websites. 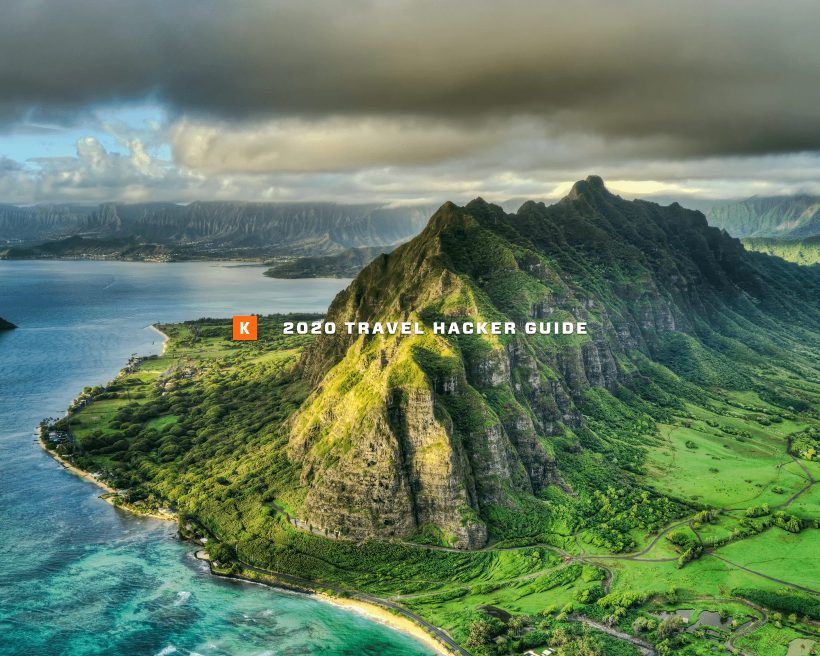 Plan the perfect 2020 vacation with our comprehensive guide for travelers. From Wallet-Friendly favorites to Under-the-Radar options, these are the destinations you should consider this year, along with all the information you need to plan your trip – from when to book, where to stay and how much to spend.
January 8, 2020 – KAYAK 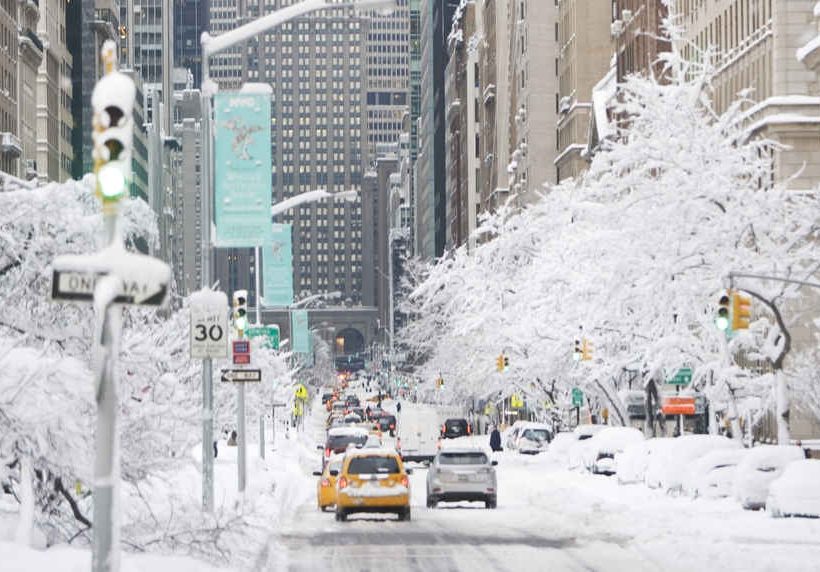 Traveling this winter? From planning flights to packing bulky clothes, we've got you covered with 7 tips for cold weather travel.
January 10, 2020 – KAYAK 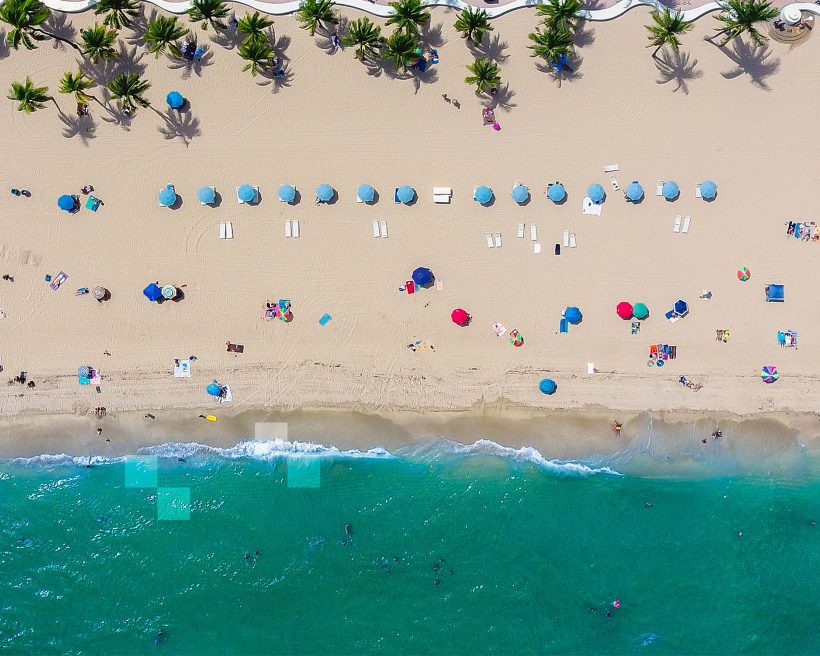 Spring Break for less: 10 destinations that won’t break the bank

We dug into our data and found the cheapest Spring Break destinations in North America for 2020. Where are you headed?
February 27, 2020 – KAYAK