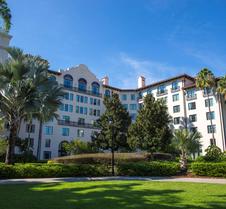 Excellent
based on 4,536 reviews
Compare vs. KAYAK |

Universal's Hard Rock Hotel is family friendly and located in the heart of Universal Studios in Orlando, Florida. It offers an impressive list of amenities for both kids and adults alike. For kids, there is Camp Lil' Rock, a supervised activity center designed to give parents a break and children a day they won't forget. There is also a 12,000-foot pool area which features an underwater sound system, a 260-foot slide, a sand beach, and an interactive fountain. For adults, there is the Mandara Spa, which offers services like body and salon treatments, as well as massages.

It offers a wide assortment of restaurants, bars, and lounges to suit every palate. Some of the most popular options include The Beachclub, The Kitchen, Palm Restaurant, Emack and Bolio's Marketplace, the Velvet Bar, and of course the famous Hard Rock Cafe.

Universal's Hard Rock Hotel is also located close to some of Orlando's best nightclubs and entertainment venues. The area is home to Wine Riffs, Velvet Unplugged, the Universal Catwalk, and the Blue Man Group.

What rooms are best to stay in at Universal's Hard Rock Hotel and why?

For an affordable room that provides a nice view of the hotel’s scenic landscape, reserve the 375 sq ft Garden View room. If you will be staying at Universal's Hard Rock Hotel with your kids, opt for the 800 sq ft Future Rock Star Suite, which is decorated with memorabilia from popular musicians and has enough sleeping areas for up to five guests. The Pool View Room is another popular choice, as it can fit up to five guests, has two queen-size beds, and directly overlooks the swimming pool area.

Does Universal's Hard Rock Hotel have any special boutiques?

If you want to purchase some souvenirs during your stay at Universal's Hard Rock Hotel, head to the Rock Shop Orlando, a quirky boutique that features clothing lines inspired by famous rock legends, such as Carlos Santana, Rihanna, and Lady Gaga. This shop also sells collectible pins and buttons that can only be purchased from an official Hard Rock store or hotel, as well as exclusive limited edition clothing lines created by professional artists, like the Tattoo Collection that is designed by Edward Dada.

To enjoy a relaxing adults-only dinner, drop the children off at the Kids Crib at The Kitchen, a dining area that provides kids with entertainment and allows them to watch their favorite cartoons while eating their meal. Universal's Hard Rock Hotel also features a variety of memorabilia and exhibits related to the music industry, such as former costumes of the Rolling Stones and guitars from the Beatles, something that everyone in the family will be interested in seeing.

What types of shows or events does Universal's Hard Rock Hotel offer for guests?

Universal's Hard Rock Hotel allows guests to purchase affordable tickets for events occurring at nearby venues, such as the annual Jake’s Beer Dinner and the Wantilan Luau at the Loews Royal Pacific Resort at Universal Orlando. The hotel also has a multi-level cafe and concert venue that can hold up to 3,000 people, where guests can watch some of the world’s most popular musicians play, with past examples including stars such as Pat Benatar, Weird Al Yankovic, and TLC.

What is the easiest way to travel from Orlando International Airport to Universal's Hard Rock Hotel?

If you are flying into Orlando International Airport, it is possible to take either a rental car, ridesharing service, or public transportation to travel to Universal's Hard Rock Hotel. When driving between these two locations, the trip will take you 25 to 35m. A standard UberX will cost you approximately $28, while an UberXL that can fit up to six passengers will cost you approximately $40. To use public transportation, you can take the local bus lines 111 and 37, which will take between 1h and 1h 20m. A one-way bus ticket can be purchased for $2, while all day passes start at $4.50. (Prices checked 05/05/19).

When is check-in time and check-out time at Universal's Hard Rock Hotel?

No, Universal's Hard Rock Hotel does not offer free parking.

How far is Universal's Hard Rock Hotel from the airport?

Can you bring pets to Universal's Hard Rock Hotel?

No, pets are not allowed at Universal's Hard Rock Hotel.

Does Universal's Hard Rock Hotel have a pool? 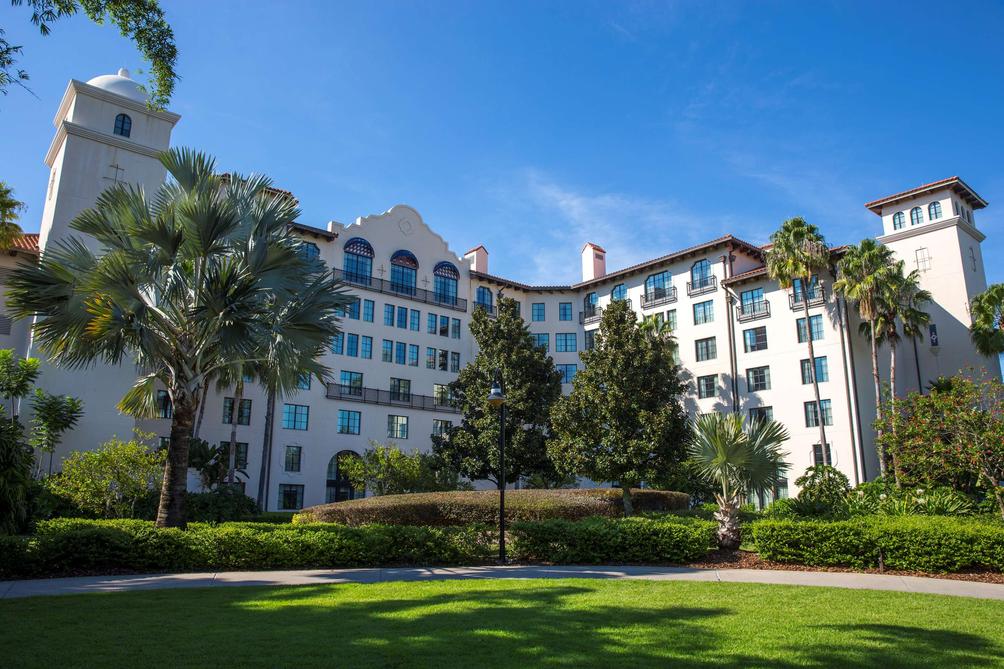 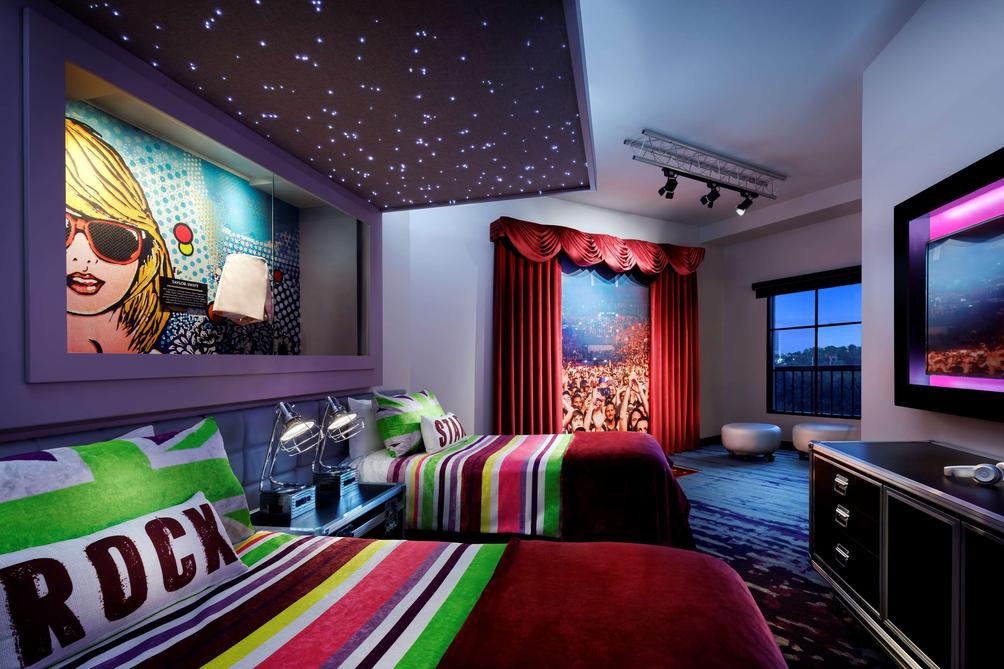 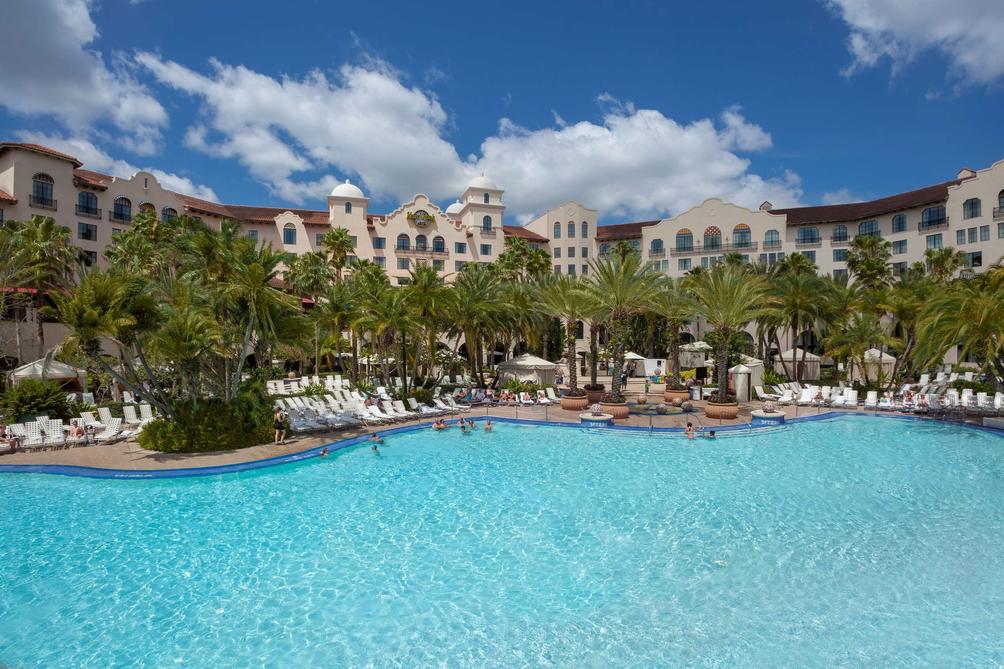 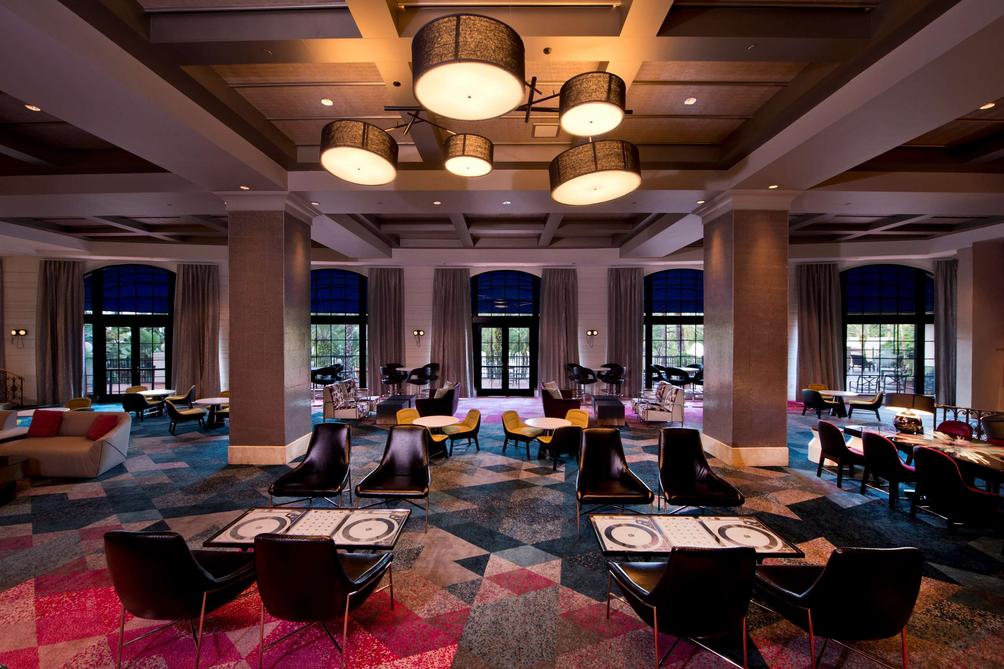 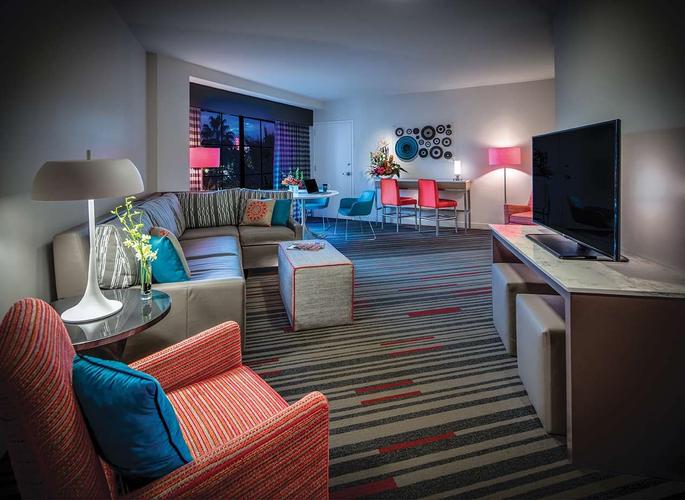 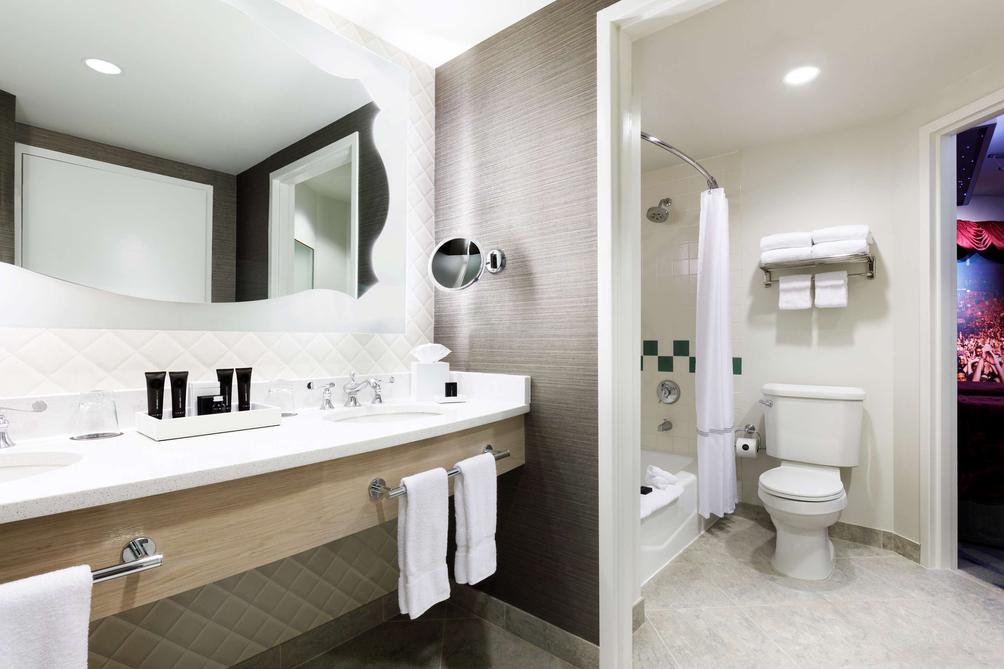 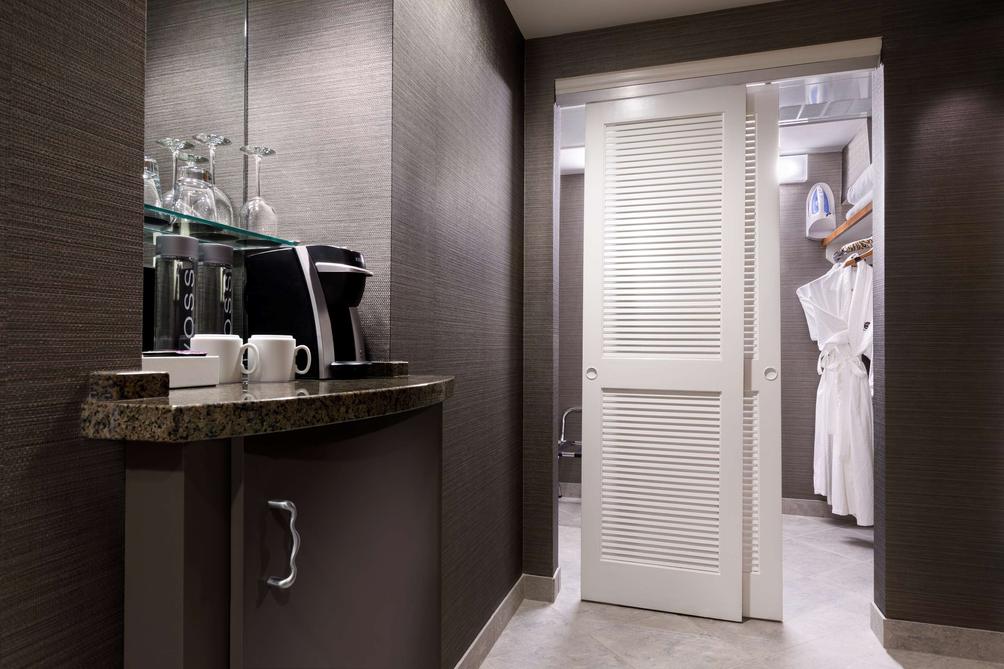 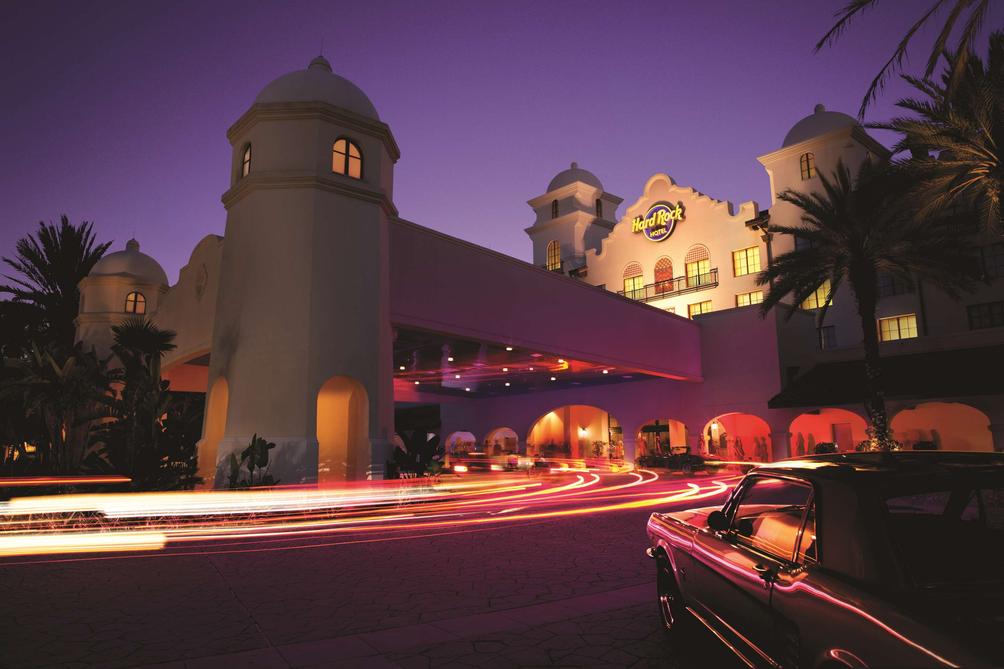 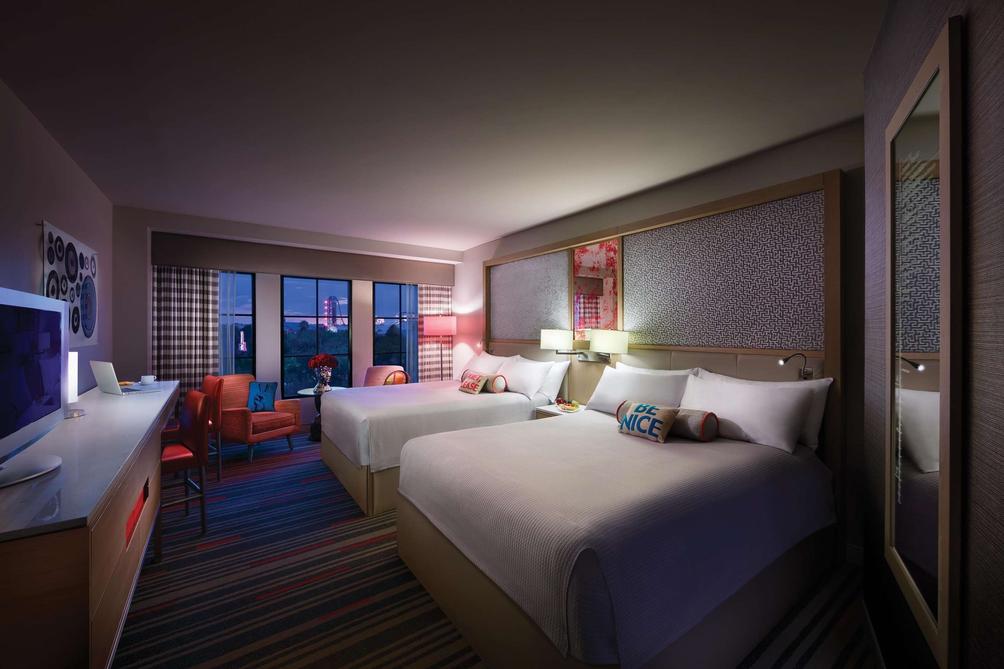 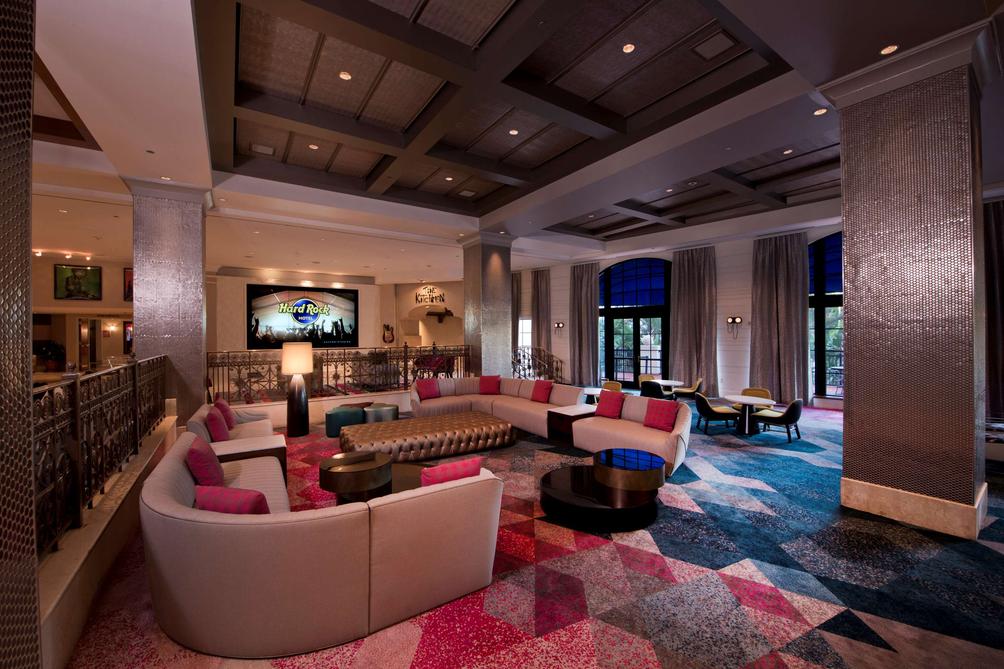 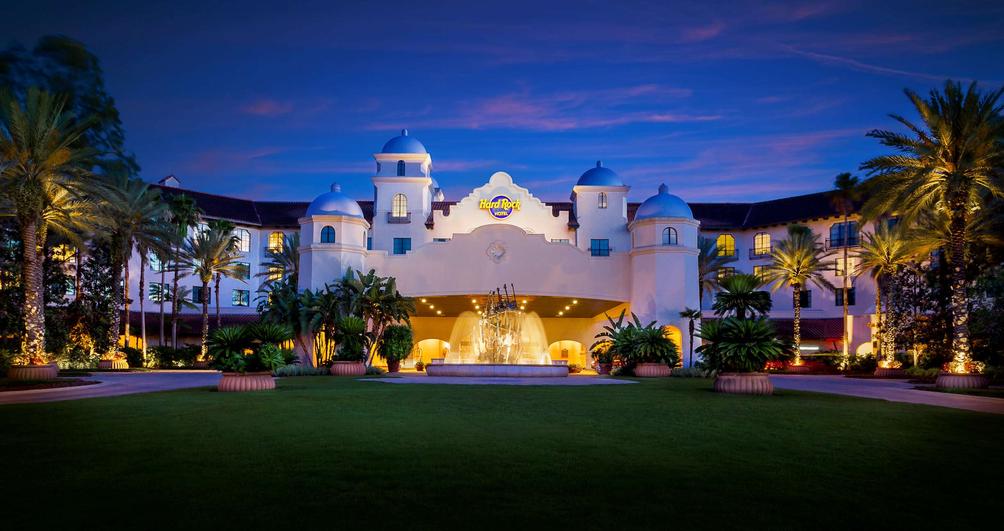 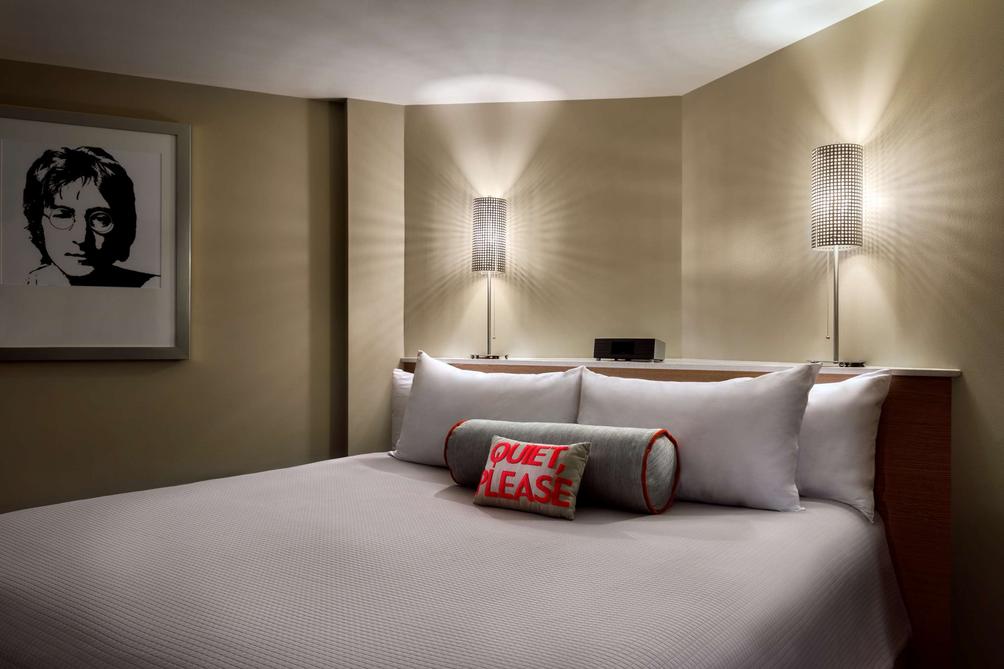 Learn about Orlando on KAYAK