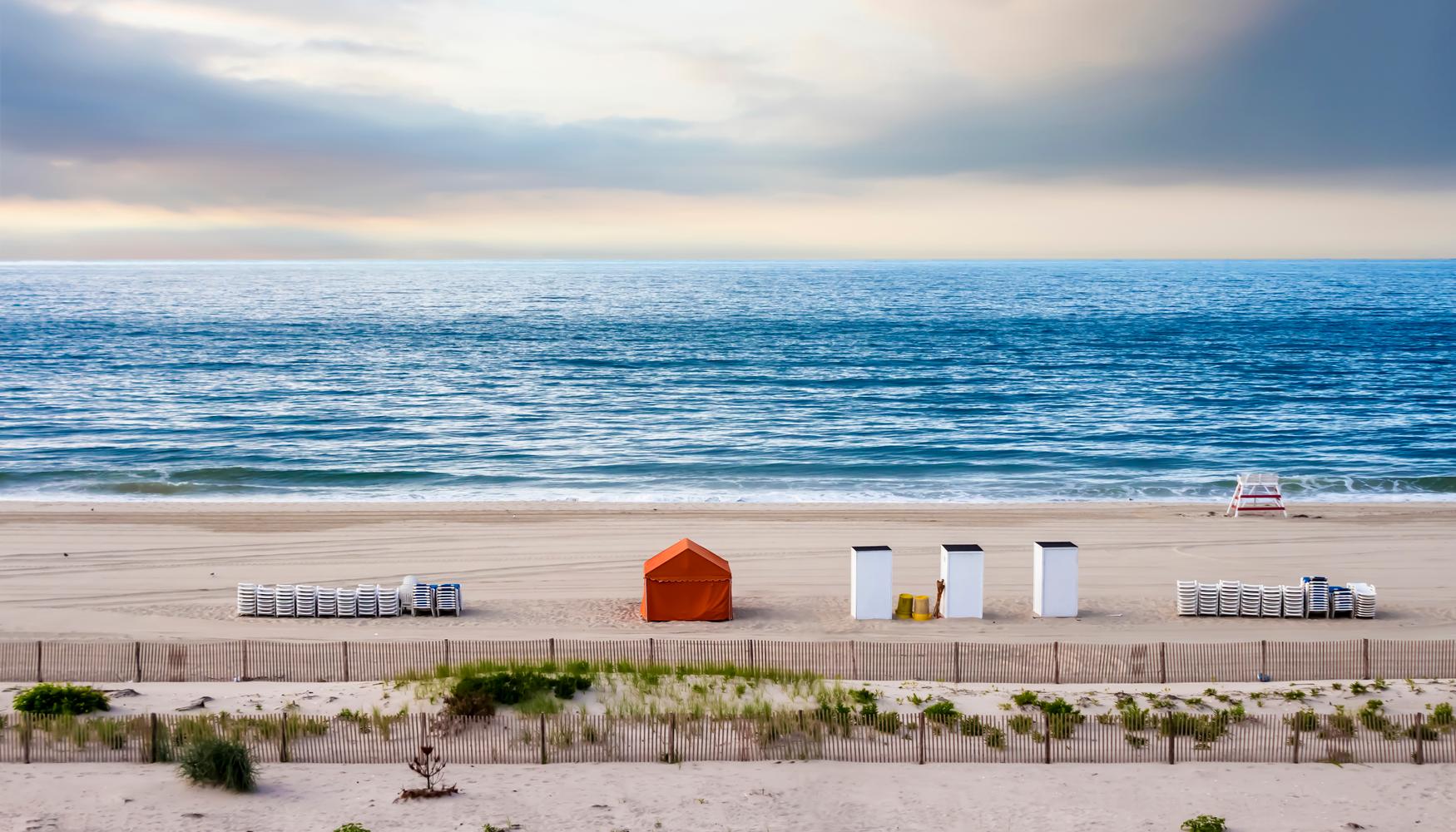 Cape May Tourism | Cape May Guide

You're Going to Love Cape May

Built on an island on the South Jersey Shore, Cape May is America's oldest seaside resort, and it still enchants almost everyone who visits. 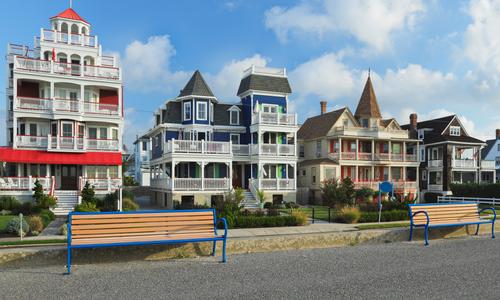 Few places in the USA are as well-suited to a romantic escape. Wander the streets of Downtown Cape May, gazing at the Victorian architecture, climb the lighthouse for sublime views and window shop in Washington Street Mall for boutique clothes, jewelry, and souvenirs.

There's plenty for families to enjoy as well. Hit the beach on your favorite blanket and soak up the rays, head out on whale watching tours or rent kayaks and paddle around the Cape, finding secluded spots to set down.

On top of that, Cape May is a gastronomic center, thanks to wonderful seafood eateries like the Lobster House. It's a Victorian resort that keeps evolving, and everyone will adore what this New Jersey destination has to offer.

Top 5 Reasons to Visit Cape May

Cape May has a good claim to be America's oldest coastal resort, and people have been vacationing there since the mid 19th century. For modern vacationers, this means that there are hundreds of beautiful Victorian homes to see along with many attractive B&Bs - and the town has a laid-back, historical vibe without the noise and crowds of other destinations.

The reason that Cape May became so popular is simple: beaches. This island resort is fringed with welcoming beaches like the Cove and Poverty Beach, while you can catch the trolley or cycle to more distant beaches like Sunset Beach.

Enjoy Almost every kind of Watersport you can Imagine

Being next to the coast has other advantages. Whether you love to kayak, parasail, waterski, jet ski or sail, Cape May has companies who can provide equipment and assistance to get you on the water.

Gourmet Seafood fresh from the Sea

Cape May has a reputation for being New Jersey's dining capital, which is mainly due to its wealth of fine seafood eateries. Check out popular local places like the Lobster House, Pier House, and Oyster Bay within sight of the waves as they lap the south Jersey shore.

The amazing views from the Cape May Lighthouse make it one of the location's top attractions. When you survey the vista at the summit, you won't regret the 199 steps it takes to climb up to that point.

What to do in Cape May

This elegant sentinel has stood guard over Cape May Point since 1859 (or 1823 if you count two earlier versions). These days, it still acts as a life-saving beacon, but it's the views from the top that attract the most attention. So, do a few stretches, take a deep breath and start the climb up its 199 stairs. When you survey the vista at the summit, you won't regret it, but you can stay grounded too, with an engaging visitor's center and cycling trails by the sea to enjoy.

Located on the grounds of Cape May Airport, this museum is dedicated to the aircraft and pilots of the US Navy, and it's a must for military or aviation enthusiasts. During World War II, the airport was a dive bomber base, and there are some fascinating exhibits telling the story of the daredevils who trained there. Kids can climb into actual jet cockpits, flight simulators let you play the role of pilot, and there are 26 planes and helicopters to check out too.

3. Emlen Physick Estate: Step Back into the Victorian Era

One of the most elegant Victorian mansions in Cape May, the Emlen Physick Estate was built in 1879 on Washington Street and is still in pristine condition. That's because it was purchased for preservation in 1970, then turned into an engaging museum of Victorian life. These days, if you have a passion for the past, tours will show you round the mansion, the Carriage House, and the Carroll Gallery, which includes plenty of Cape May-themed exhibits.

4. Nature Center of Cape May: Flora, Fauna, and Plenty of Family Fun

Moving over to Delaware Avenue in eastern Cape May, you'll come across the Nature Center of Cape May, one of the resort's premier family attractions. Managed by the Audubon Society, the Center features a children's garden which teaches kids about plants and local wildlife through hands-on activities, and there are special sections devoted to butterflies, marine life, birdwatching and life on the beach, giving an absorbing picture of New Jersey's natural riches. If you fancy something more energetic, the Center also offers kayak tours of the coast, while the Skimmer eco-boat offers trips around the harbor without the risk of getting soaked.

Just north of Cape May proper, Cold Spring Village is an incredible historic attraction. Built in the 1970s by the local Salvatore family, Cold Spring is a meticulously reconstructed 18th- and 19th-century settlement set on two acres of NJ land. There's nowhere on the Eastern Seaboard quite like it, where the buildings include a bookbinder, blacksmith, basket weaver, ice cream parlor, and an 1850s schoolhouse - all inhabited by staff in period costumes. There's even an on-site brewery, the perfect place to round off your tour of Cape May.

When to Visit Cape May

Locals will tell you that Cape May is a year-round coastal destination, but some seasons are more attractive than others. In spring, the resort is an appealing place to escape city life, but with temperatures rarely bettering 60 degrees, it's hardly beach weather. Instead, try an early summer or early fall trip. In June and September, you can sunbathe or swim (though the water will be warmer in September), and accommodation won't be as expensive as in the middle of summer. September and October also see the resort hosting plenty of events, including Oktoberfest and the Food and Wine Festival.

How to Get to Cape May

The best way to travel to Cape May by plane is to fly into Baltimore, Philadelphia or Newark and either drive or catch a bus from there. All major airports are around three hours away by road from Cape May. An alternative route is to take a Spirit flight into Atlantic City, which is just 45 minutes away, but flights tend to cost more and run far less frequently.

Cape May's nearest station is at Atlantic City, which is on New Jersey's state transit system, providing excellent connections with Philadelphia and New York. After that, you can take NJ Transit Bus 319 or 552 straight to Cape May.

NJ Transit runs two bus routes (552 and 319) into Cape May. The 319 is particularly handy as it runs all the way from New York's Port Authority Terminal, while the 552 runs from Atlantic City. Seasonal alterations may apply, so check the schedule before you travel.

Airports near Cape May

Where to Stay in Cape May

Cape May is full of captivating Victorian properties that have been adapted for use as B&Bs. Great examples include Akwaaba by the Sea, which dates to the 1850s, the picturesque John F. Craig House and Southern Mansion, probably the most upmarket place in the resort. Budget options do exist as well. Check out the comfortable Periwinkle Inn for a high standard of hospitality at more affordable rates.

Popular Neighborhoods in Cape May

Cape May Beachfront – The major reason for Cape May's existence is its beautiful city beach, which was turned into America's first seaside resort in the 1850s. Nowadays, sites like Poverty Beach are wonderful places to sunbathe, and the Promenade has plenty of great restaurants, including SeaSalt and La Verandah.

The Cove – Not far from the main promenade, you'll find the Cove, one of America's most picturesque neighborhoods. The elegant streets are lined with Victorian mansions, while Cove Beach is reckoned to be the city's finest.

Downtown Cape May – Downtown Cape May is a little inland from the beaches, and it's the place to shop, dine and have fun. It contains Washington Street Mall, the town's retail hub, institutions like the Mid-Atlantic Center for the Arts and exceptional places to eat like the Lobster House, Cape May's best seafood eatery.

Where to stay in popular areas of Cape May

Most booked hotels in Cape May

How to Get Around Cape May

Although you can get around the island of Cape May on foot, there is a limited trolley service which makes things easier for seniors and the less physically able. Run by the Great American Trolley Company, the trolley runs past Washington Street Mall and costs $1 (free for park and ride customers).

Companies like Garibaldi Taxis and Cape May Taxis are always on hand if you need a late night ride or want to travel to out of the way beaches and attractions. Expect to pay $3 for the meter drop and $2.50 per mile after that. However, Uber is cheaper, charging a basic fare of $2.40, then $1.70 per mile.

A rental car is hardly necessary to get around Cape May island itself, but you might find it convenient to visit attractions like the Cape May Lighthouse (or even Atlantic City if you want to make a day trip). Rental outlets in the city include chains like Enterprise, as well as local companies like Just Four Wheels, and rates can drop to $10 per day for some models.

Find car rentals in Cape May

The Cost of Living in Cape May

Cape May has plenty of souvenir stores and boutiques and most of them are clustered around Washington Street Mall. Stores in this pedestrianized area include apparel outlets like Galvanic, gift stores like Madame Cape May's and candy stores like the Original Fudge Kitchen. You'll be sure to find something you love.

Cape May is well served by supermarkets, with regional chain ACME operating three stores on the island which should enable self-catering vacationers to keep their costs down during their stay. Be aware that the cost of living in the resort tends to be slightly higher than the USA in general, so shopping for grocery bargains can be a good option.

Where to Eat in Cape May

If you adore seafood, Cape May is your kind of destination. Fresh shellfish and fish dishes are always on the menu at restaurants like the Lobster House and the Pilot House, but there are also Italian options like Godmothers and specialist breakfast cafes like the Mad Batter. If you get the chance, try to schedule a meal by the sea as well. Bars and restaurants like Martini Beach offer spellbinding views, particularly as the sun goes down. Expect to pay around $20 for a good seafood entree and $10-15 for midrange meals.