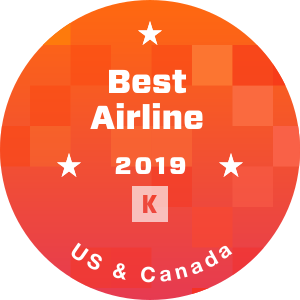 Delta (DL)
Best Airline
#2 Airline in US & Canada
What travelers say about Delta
"Delta is the best airline to use because they care about you as a customer. They will do everything they can to make your flight as enjoyable as possible." 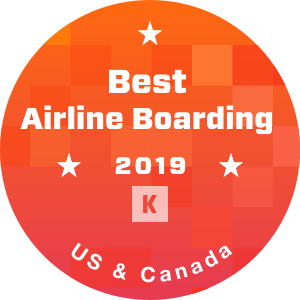 Delta (DL)
Best Airline Boarding
#3 Airline in US & Canada
What travelers say about Delta
"Boarding was a breeze and the staff at Delta was nice and courteous along with being clear for boarding zone instructions." 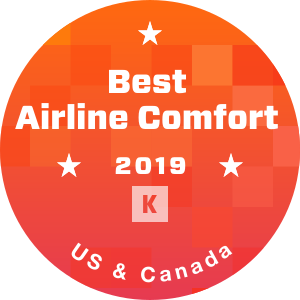 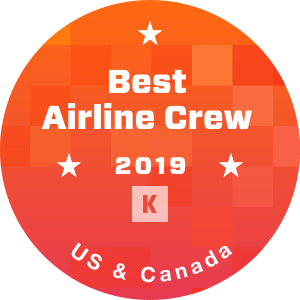 Delta (DL)
Best Airline Crew
#3 Airline in US & Canada
What travelers say about Delta
"Cabin crew were excellent and so friendly and down to earth." 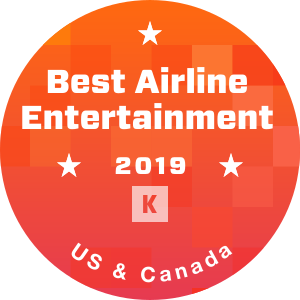 Delta (DL)
Best Airline Entertainment
#2 Airline in US & Canada
What travelers say about Delta
"With the free entertainment, the time just flew by. From the time we left to the time we landed, everything went smoothly." 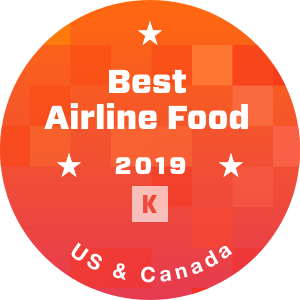 Delta (DL)
Best Airline Food
#2 Airline in US & Canada
What travelers say about Delta
"The food is delicious and there are healthy choices."

Founded in 1924 and originally known as Huff Daland Dusters, Delta Air Lines is one of the oldest airlines in the world. On top of an operating base in Atlanta, it has additional hubs in Detroit, Los Angeles, Seattle, New York, Salt Lake City and Boston. The largest number of flights are scheduled in and out of Atlanta, which is also the location of the carrier’s maintenance wing.

A combination of Airbus, Boeing and McDonnell Douglas aircraft are operated. Delta Air Lines has a preference for short-to-medium range jets with narrow bodies. Some of the most common models flown are the Airbus A321 and Boeing 737. A number of the fleet are reserved for NBA charted flights, so make sure you keep an eye out for the basketball stars in the airport.

In 2000 Delta Air Lines merged with Korean Air, Air France and Aeroméxico to form SkyTeam. The alliance has grown to be one of the largest in the world and reaches more than 175 countries. Customers are able to benefit from reduced prices and shorter travel times, with the ability to purchase round-the-world tickets. In addition to the SkyTeam alliance, the carrier has entered into several joint ventures with airlines, such as Virgin Australia, to deliver improved services – in this case, it offers nonstop flights between Australia and the United States. Joint ventures are also held with Virgin Atlantic, Alitalia and WestJet.

As the situation changes with coronavirus (COVID-19), Delta will continually update its policies accordingly. Please contact Delta directly for the latest information about cancellation fees. You can find the most up-to-date information on Delta policies here: Delta Travel Advisories & Policies