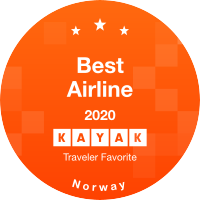 "The movie selection was good" 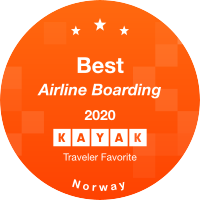 "Crew was friendly and efficient" 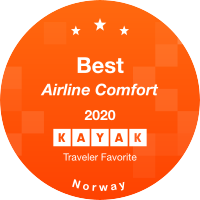 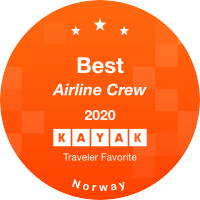 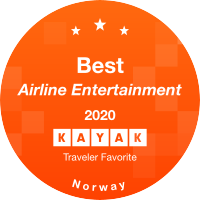 "Flight and crew are great" 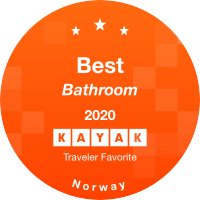 Since first opening a primary base in Bergen, Norwegian has developed a wide-spanning network of hubs across the world. Aiding its ability to offer a variety of international services, the airline has hubs in Barcelona, Copenhagen, Helsinki, London, Los Angeles, Madrid, New York, Paris, Rom and Stockholm, among others. Flights are available to more than 35 countries in Europe, North America, South America, Asia, North Africa and the Middle East.

Due in large part to its substantial coverage of operating hubs, the airline is able to schedule direct services at a low-cost. Onboard amenities, such as food and drinks, are minimized to reduce the price of the standard fare. Norwegian has several subsidiaries that sit underneath it, including a long haul division and carriers in targeted markets, such as the United Kingdom, Argentina and Sweden.

Boeing has been chosen as the preferred manufacturer for the fleet, with the 737 Next Generation series most commonly flown. The distinctive aircraft are easily spotted with their red noses and faces of influential figures on the tail.

Unlike the majority of airlines, Norwegian provides Wi-Fi access for free. Low data activities, such as web browsing and messaging, is available as part of the complimentary service, while streaming and app use requires an upgrade. Shorter flights and those within Europe offer only Economy seating; however, Flex fares provide seat selection and checked baggage. International long haul flights to or from the United States or South America provide the option of sitting in a Premium cabin. Seats in Premium have at least 43 in of legroom and serve a 3-course dinner.

As the situation changes with coronavirus (COVID-19), Norwegian will continually update its policies accordingly. Please contact Norwegian directly for the latest information about cancellation fees. You can find the most up-to-date information on Norwegian policies here: Norwegian Travel Advisories & Policies