Rated #1
Intercontinental Los Angeles Century City At Beverly Hills
8.8
Excellent 8.8
Based on 462 reviews
Details
Reviews
$2,031
View deal
Courtyard by Marriott Los Angeles Century City/Beverly Hills
View all details
Details
Reviews
Courtyard Los Angeles Century City/Beverly Hills offers easy walking access to Fox Studios. Our modern hotel is close to the luxury boutique stores on Rodeo Drive and outdoor shops at Westfield Century City mall. If you're looking to host a bridal shower or lunch, our event venue offers AV equipment and catering options. We can also hold intimate training seminars for your company. You and your coworkers can get work done between meetings at the ergonomic workstations in your room while you utilize our complimentary Wi-Fi. After a productive day, lounge in our plush beds with thick mattresses, soft duvets and plenty of fluffy pillows. Store your favorite drinks in our mini-refrigerators and make a snack anytime in your microwave. Some of our rooms feature open-air balconies, offering a special treat for those visiting California to take in our radiant sunshine. We also offer suite options with separate living areas. Let Courtyard Los Angeles Century City/Beverly Hills exceed your expectations.
Cleanliness
8.6
Comfort
8.4
Facilities
8.4
Location
8.4
Overall
8.5 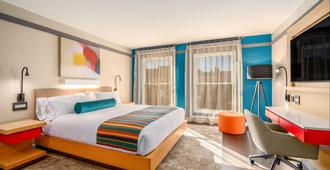 Overall 0.0 Poor
Based on reviews
All

Rated #9
Upscale Large Townhouse In The Heart Of Century City
10.0
Excellent 10.0
Based on 12 reviews
Details
$459
Plum Guide - Mr. Fox
View all details
Details
With a stay at this vacation home in Los Angeles (Century City), you'll be within a 5-minute drive of Wilshire Boulevard and Westwood Village. Free self parking is available onsite.

Overall 0.0 Poor
Based on reviews
All 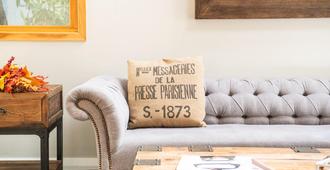 Rated #11
Brand New Apartment Near Westfield And Ucla
Details
$373
Luxe 1b On Westside By Fox Studios - Pet Friendly!
View all details
Details
Overall 0.0 Poor
Based on reviews
All

Where to stay in Century City (Los Angeles)?

Our map will help you find the perfect place to stay in Century City by showing you the exact location of each hotel.

FAQs when booking a hotel in Century City

What are the best hotels in Century City?

How much does a hotel in Century City cost?

KAYAK users have found double rooms in Century City for as cheap as $68 in the last 3 days. The average price is $113.